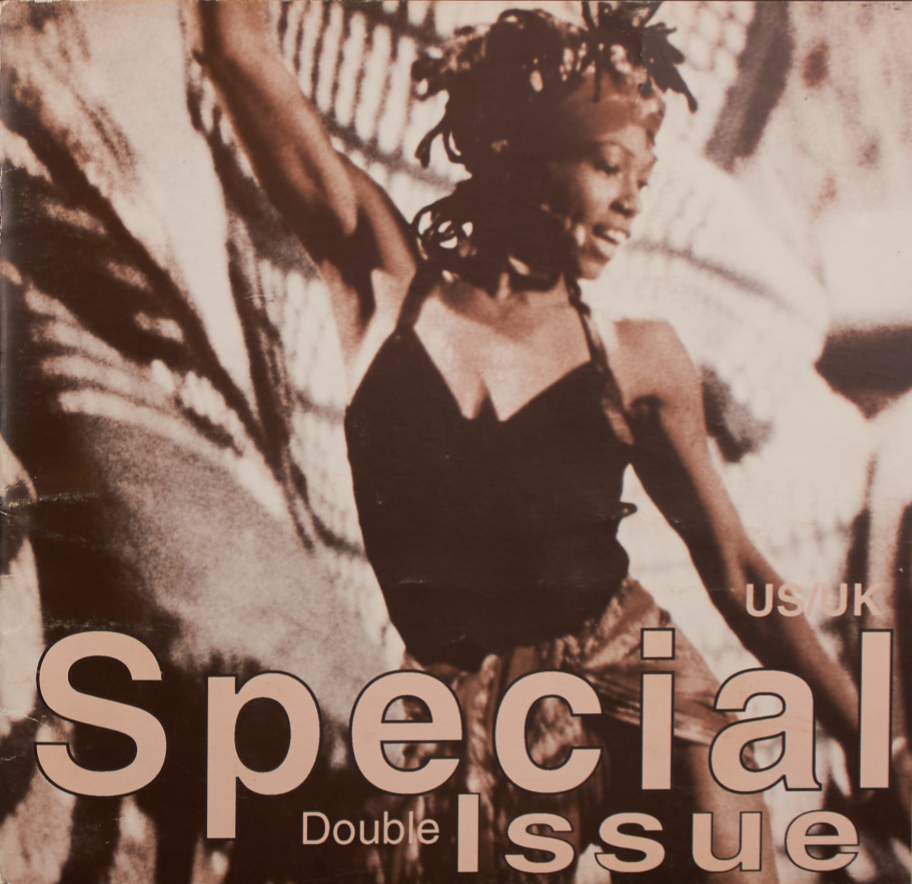 In this issue the BFB has one foot in the UK and the other in the US.  Mable Haddock of the NBPC, co-editor of this issue was instrumental in supporting the original setting up of the Black Film Review in the USA, with key contributors such as ClydeTaylor and others, that also featured films and filmmakers from the UK, and many across the African diaspora.  That publication was also an inspiration for Gaylene and I in the development of this vehicle to share, exchange and showcase developments on black film in the UK and internationally.  In remembering this, we were sorry to note the loss in the last 5 years of  two significant and inspirational figures: our sister Jacqui Jones the dynamic and supportive Black Film Review editor;  our brother filmmaker St Claire Bourne who contributed to this issue taking stock on where African American cinema was at that time “The continuing drama of African American Images”. Most recently and here on our side we are still feeling the shock and recent loss of our own pioneering filmmaker Menelik Shabazz who (paradoxically) wrote the short obituary for our ‘Lost Treasures’ column (BFB Vol2 Issue 4), on the passing of his Ceddo Film Workshop colleague and our treasured sister, Camerawoman, director D Elmina Davis.

The BFB was responsive to what was happening in the industry both fielding information and becoming a magnet and a repository, a hub for filmmakers and industry professionals, activists, researchers and writers at the African Caribbean Unit at the BFI.  The BFB with its ear to the ground would also respond to changes in the sector, and to demands on its role, decided to introduce ‘SpeakEasy’ with this issue as a comment column for readers.  Here novelist and writer Mike Phillips commented on what he felt that the Channel 4 retrospective on DW Griffiths, Lilian Gish and Sight and Sound magazine have in common and why….: and

Gaylene Gould, in her piece ‘Whats Love Gotta Do With It’, incensed by the way black films and filmmakers and black people in general were being presented, took on Alexander Walker’s comments on Tina Turner.

In London and Atlanta exhibition opportunities for black film were on the agenda with new developments and initiatives between commercial cinemas and exhibition/programming initiatives/ taking control of presenting black work – the Electric Cinema in Ladbroke Grove London’s first black cinema (in fact a heritage cinema – the first Cinema to show films ever in the UK); and Mark Boothe’s ‘Nubian Tales’ screening programme teamed up with the Prince Charles in Leicester Square.  Both initiatives providing important steps in presenting Black films in significant film industry locations at that time are featured.  In the same era two initiatives in Atlanta are profiled as they also were seeking to provide regular platforms for screening black films in their city, ‘The Black Cinemateque’ and the programming initiative ‘Nights of the black independents’.

This was the first of an annual double issue, covering two quarters of the BFB, and the transatlantic echo continued throughout this issue:

With ‘US/UK perspectives’ where Kobena Mercer writer and lecturer on ‘The Black Atlantic’ and New York Filmmaker Joe Brewster on ‘The Great Divide ‘- both commenting on and comparing in their own idiomatic ways Black British and African American cinema.

‘The echo’ in the regular Information sector included the Indispensable Information Feature ‘Using Archives’ : listing Black American archive centres and collectors and also featured two filmmakers both discussing the use and significance of archives in their work:  The renowned US Documentary filmmaker (and founder of the Scribe Video Centre in Philadelphia) Louis Massiah on his practice referencing his recently completed seminal feature on WEB Dubois: A Biography in Four Voices;  and UK director (now Bafta award-winning  and working both sides of the Atlantic – Bridgerton/How to Get Away With Murder/and many more) Alrick Riley on the use and inspiration of Archives in his work.  He had recently completed his first 35mm, short, period drama for Channel Four Television Concrete Garden.

BFB Double issues provide us with the opportunity to compare and contrast and identify connections. Two of the featured articles in this issue – both address artistic collaborations between filmmakers and artists/writers where both sides indicate that were increasingly working closer together and learning from each other.  Victoria Moyston interviewed Pratibha Parmar on her collaboration with Alice Walker on Warrior Marks; and the much sought-after Director of Photography Arthur Jafa (now a highly respected international artist) spoke about working with John Akomfrah’s. Seven Songs for Malcolm X and Julie Dash’s Daughters of the Dust and other work.   Both of these articles were significant as not only artistic, but also as transatlantic collaborations.

We were glad to also have Maureen Blackwood of Sankofa in this issue, to speak about her award-winning 35mm short film for Channel 4 Home Away From Home (produced by Johan Insanally), and where this fits into her own career development and that of the company (NB: Our ‘Updates’ section reminded readers that the Channel 4 premiere of Isaac Julien’s Young Soul Rebels was imminent and that Ngozi Onwurah’s ‘Welcome to the Terrordome’ was in post-production).  Being able to map what the terrain looked like at the time – what was happening when, is one of the enduring values of the BFB.  We were thus fortunate to have a short interview with distinguished US director Charles Burnett on a low-budget co-production with French company CIBY 2000, The Glass Shield.

This issue also demonstrated the BFBs interest in featuring the work on both Black and Third Cinema fllm activity, and in doing so we were able to include the work and Legacy of Vokani started by Pervaiz Khan in Birmingham and Asian American cinema featured here via Somi Roy.

Phew!! This was a real bumper issue and Gaylene and I and our great team of talented and enthusiastic researchers, writers and designers were crucial in bringing this issue to life.  The BFB is an enduring legacy for everyone involved – (Check the Credits on the front and back covers) and for which we all have to be for ever grateful. 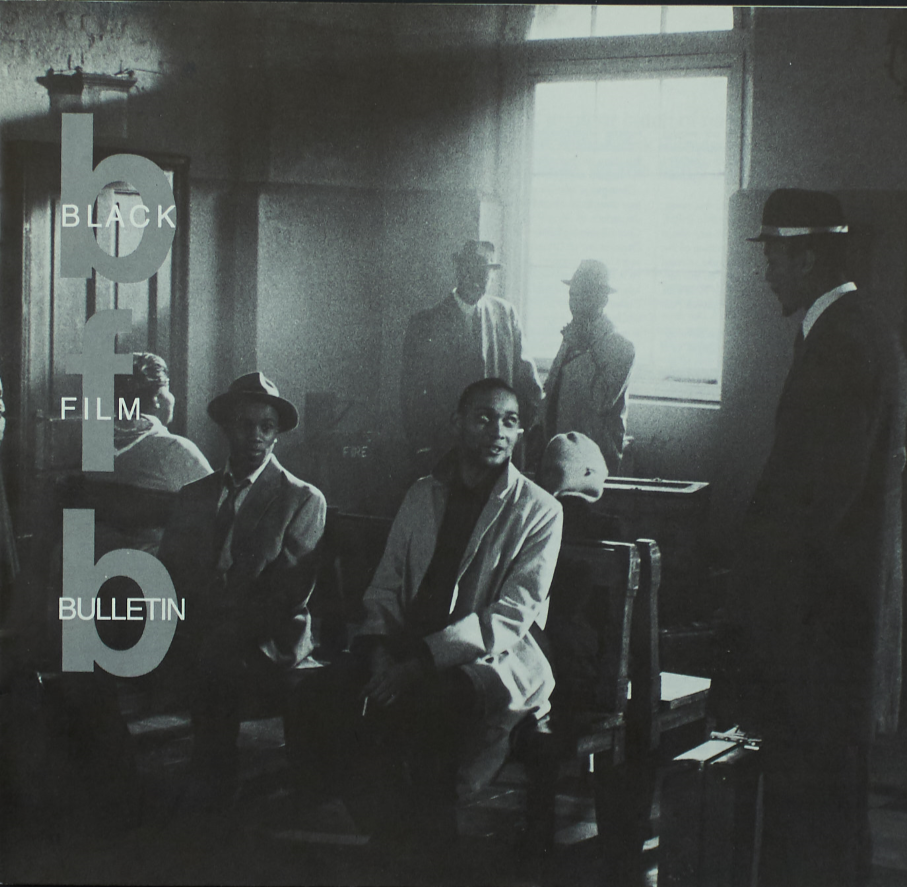 One of the valuable features of the BFB, is that it showcases the talents and developments of the time which echo and reverberate into contemporary screen achievements. Showcasing the summer of 1993, it foregrounded Graduation films both in its cover feature interview with Alrick Riley on his short drama Concrete Garden (Riley, Accomplished  and prolific director of the currently popular Netflix series Bridgerton-2020); and the BFB launch event that summer (back page ad) also showcased the work of the graduating directors, such as Steve McQueen’s Bear (McQueen internationally renowned, award-winning artist and director, of the recent Small Axe season, BBC – 2020).

While John Akomfrah’s ‘Wishful Filming’ continues here his article on the black British film scene –from the first issue, the BFB also noted and commented on  other developments that would have an impact on black independent film in that era.  One such was the departure of Alan Fountain, Head of the C4 Independent Cinema commissioning team, key supporters of the film workshop movement, independent cinema at home, and admired supporters through acquisition and co-production of international cinema abroad, the department was referred to as the ‘engine and laboratory’ for cinema at Channel 4.  His departure marked many changes that were to take Place as the Channel moved from becoming a subsidiary of the IBA to become an independent statutory Corporation in 1993.

Don’t forget to search the informative sections such as the Listings, Festival reviews and the newly introduced ‘Noticeboard ’for hidden gems that help to provide a rich context of time and place for the sector as a whole and the connections that were shaping the UK and international film scenes. 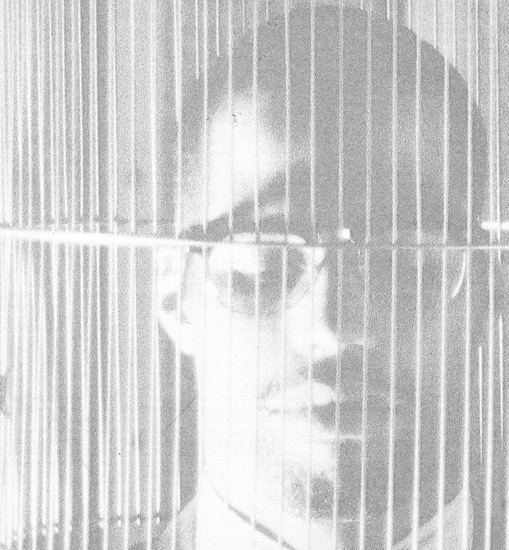 This first issue of the Black Film Bulletin, contained the key core sections and core resource skills on which the Bulletin was developed and later expanded.   It featured some of the established directors and producers  John Akomfrah (Seven Songs for Malcolm X – producer Lina Gopaul/Writer Eddie George) and Gurinder Chadha  (Bhaji on the Beach – produced by Nadine Marsh-Edwards) and those in the process of becoming established at that time Ngozi Onwurah (Welcome To The Terrordome – produced by Simon Onwurah).  It also featured some of the contributors and designers who were among the invaluable resource talents for the existence and growth of The BFB, such as Donovan Synmoie, Johan Insanally, and Curtis Holder.

This first issue was developed by the BFB founders and editorial team – Gaylene Gould and June Givanni – who harnessed the enthusiasm and interest of the Black film sector at the time, to provide what would become an invaluable and enduring resource, providing witness of its time through its listings, information sections and letters.

Find us on social

A 30 year personal collection of films and film related materials which are used to provide events and information for public engagement with Pan African cinema.